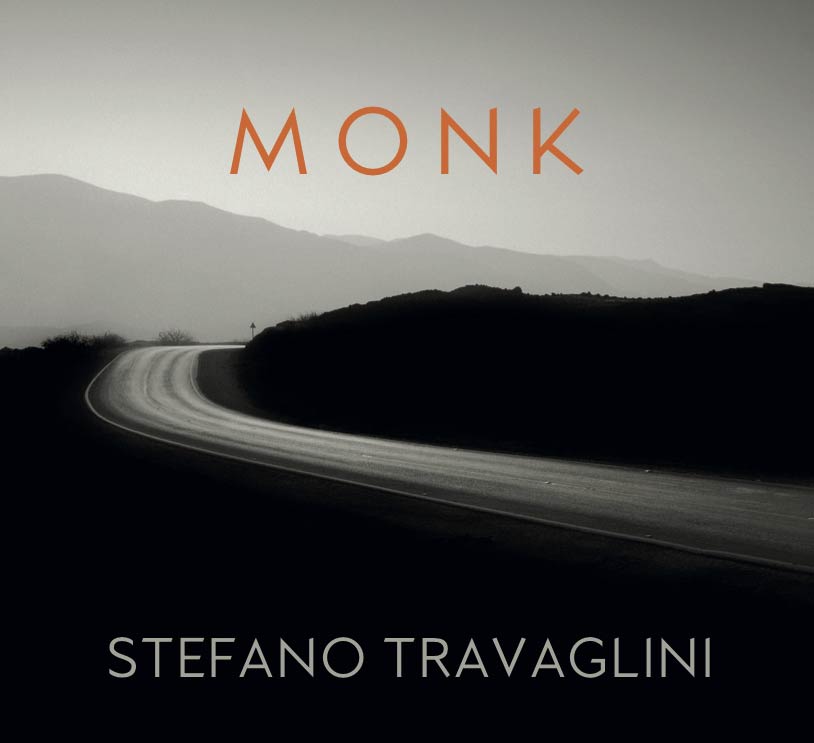 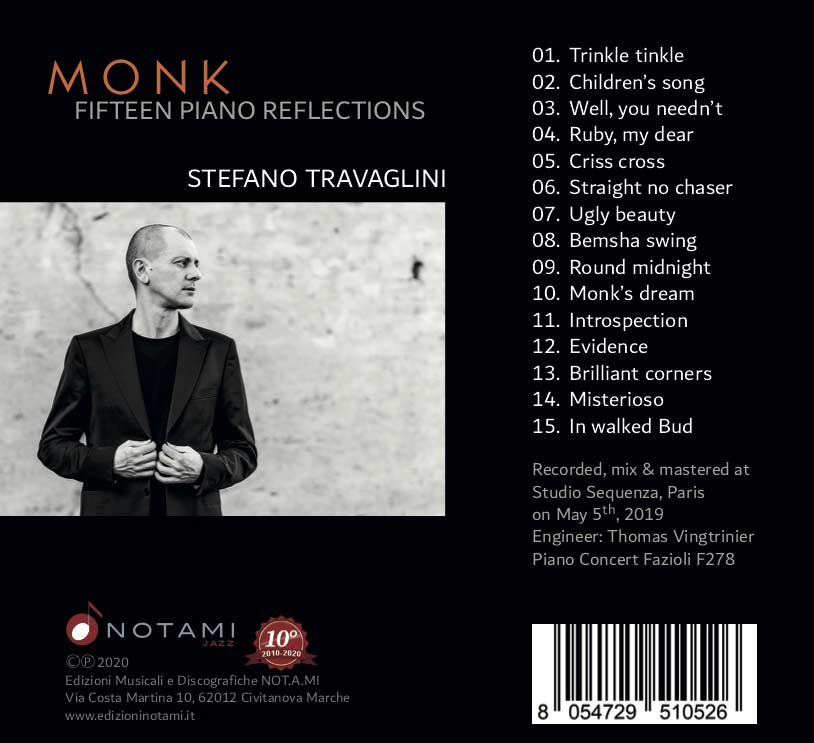 Get it on BandCamp!

A classic jazz album from the 1950s was titled “The Unique Thelonious Monk”. Rarely has an adjective been more apt, for Monk’s remarkable body of compositions took jazz through a prism rarely approached before. Monk’s cryptic instructions to his musicians—“use the melody”; “don’t play bebop on my tunes”—only scared away generations of jazz musicians from exploring his music. Monk’s percussive approach to the keyboard was initially dismissed as faulty technique, but it eventually influenced every pianist who tried to perform his work. If that sounds like a grand overstatement, just compare virtually every other jazz recording of a Monk composition to the distinctive approach heard on the enclosed CD. Now to be sure, there’s nothing artistically wrong with performing Monk in a forceful manner—obviously, both the composer and the jazz musicians who followed him prefer it that way—but what if we took away that percussive element and examined Monk’s music as pure music? After all, surprising and enlightening results have come when taking music out of its traditional element (think of the Swingle Singers’ recordings of Bach). The music of Thelonious Monk deserves—and could well benefit—from this kind of artistic scrutiny.

Stefano Travaglini has studied classical music as a composer, pianist, conductor and oboist, but he decided that his heart was in improvised music. Travaglini prefers the term “free improvisation” to “jazz” because he has recorded extemporized variations on a wide variety of musical styles. His debut recording, “The Hungarian Songbook” was based on folksongs, and he expanded his musical viewpoint on his recent solo album “Ellipse”. He credits his classical training for helping him develop his own unique language which crosses between the improvised and composed music of the last century. I would add that Travaglini’s detailed attention to motivic development is probably another benefit of his classical studies.

There is another crucial element from the classical tradition which relates to this particular album. We often hear of classical pianists who fall in love with the sound of a particular instrument. For some pianists, that preference is manifested into their contracts (for example, “Vladimir Horowitz is an exclusive Steinway artist”). The extreme example is this practice is that of Glenn Gould, who so loved his Steinway piano (serial number CD 318) that he bought the instrument and transported it to every concert hall and studio where he played! At a 2018 recording session at Paris’ Studio Sequenza, Travaglini played a Fazioli F278 grand and the combination of the instrument and the room inspired him to record this solo album offering a new—and some might say radical—approach to the music of Thelonious Monk. Travaglini prepared for this recording for several months, but purposely avoided writing out any arrangements. As he puts it, “I just decided what to do and where to direct the music but not how!” On the day of the recording, Travaglini sat at the Fazioli F278 and improvised his interpretations of Monk’s classic works. None of the resulting interpretations were cut or edited.

The Monk compositions which Travaglini chose should be familiar to most jazz fans. Yet, those melodies are not always easy to find. The opening track “Trinkle Tinkle” finds the pianist breaking the melody into tiny pieces and reassembling them in a new and surprising order. Travaglini’s delicate touch and liberal use of the sustain pedal bring an entirely different pianistic approach to this music, and an unknowing listener might misidentify “Trinkle Tinkle” as a thoroughly-composed piece from a 20th century classical composer! “Children’s Song” was originally adapted by Monk in two keys, and Travaglini uses the bitonal aspect as a starting point. The melody leads him into a startling direction, and the reiterations of the melodic germ are transformed each time they appear. In an alternate take released after Monk’s death, the composer created an abstract variation of “Well, You Needn’t” that—had the recording been released—would have altered the way the song was forever played. In Travaglini’s version, the original melody barely appears until the final minute of the track. His earlier choruses imagine what would have happened if Mozart wrote the tune. In contrast, the next track, “Ruby, My Dear” transforms the melody into atonal two-voice counterpoint.

“Criss-Cross”, one of Monk’s most revered compositions has been analyzed in print by several musicians and composers, and was the subject of an extended Third Stream composition by Gunther Schuller. Here, Travaglini develops the distinctive falling motive of the melody, letting the idea guide the harmonic movement until the final moments when the chords and melody are reunited. The dizzying ostinato which accompanies “Straight, No Chaser” leads into a fascinating musical vortex reminiscent of Lennie Tristano’s “Descent into the Maelstrom”. A welcome respite from the intensity comes with a gentle rendition of “Ugly Beauty”. Listen to how Travaglini captures the essence of both words of the seemingly oxymoronic title with a well-placed modulation and a shift in harmonic density. The melody of “Bemsha Swing” is fragmented. Note that Travaglini’s accompanying left hand figure is connected to the melody in such a way that it sounds like the two elements belonged together all along, despite being created nearly 70 years apart.

In a way, “Round Midnight” is the most straight-forward performance on this album. Certainly the melody appears reasonably unadorned and at times, Travaglini adheres to the original chord structure. But when he diverts from that harmonic sequence, he discovers new avenues which enlighten our knowledge of this jazz standard. In Travaglini’s hands, “Monk’s Dream” is more sinister than the original. We will never know the scenes which may have played during Monk’s slumbers, but Travaglini’s music might provide a clue. Similarly, “Introspection” leads us into the dark corners of the mind through this unsettling re-harmonization.

On first hearing, Travaglini’s version of “Evidence” might seem worlds apart from Monk’s original Blue Note recording. However, go back to that original recording and hear how Monk’s melody appears gradually over the course of the side—just like this new interpretation. Then marvel at where this choppy melody takes Travaglini! “Brilliant Corners” was originally conceived as a piece played in two tempos—one chorus in slow tempo, and the second in double-time. In what might be his most radical departure from the original compositions, Travaglini rejects the dual tempo idea and instead submits the piece to a contrapuntal treatment. “Misterioso” uses another powerful left-hand ostinato, but unlike “Straight No Chaser”, the right hand improvisations are just as forceful as the accompanying figure. The closing track dissects “In Walked Bud” through a dramatic slow tempo and a striking transformation of the melody.

The end result is that Monk’s music does indeed stand strong when played in a non-traditional manner, and that Stefano Travaglini possesses a brilliant imagination that can utterly transform well-known literature into new and fascinating musical experiences. Thelonious Monk’s original conceptions live on through his many recordings, and in the traditional cover versions by superb jazz musicians. Yet, it is because of the recorded legacy that recordings like this one are made possible. Just like Alice in Wonderland, we can see through the looking glass and find other glorious images.

“These reinventions startle—in the best way. Rather than replicating Monk’s idiosyncratic execution, the Italian pianist achieves memorable results in imposing his own personality on the music.“ Ron Schepper

“I can only say that the creator of the theory of the Third Stream, Gunther Schuller, who dreamed of synthesizing jazz and academic music, would find, in my opinion, the embodiment of his ideas in this work that is close to perfection.”  Leonid Auskern

“The same music from two very different perspectives; Thelonious Monk was an artist ahead of his time while Stefano Travaglini is solidifying his place in the chronology of modern music.” Karl Ackermann

“The stirring and inventive take on Round Midnight, for example, is hair-raising. Loosened up in tempo but still keeping the wondrous sentiment and structure of the original, this piece is one of the most beautiful on the record.” Filipe Freitas 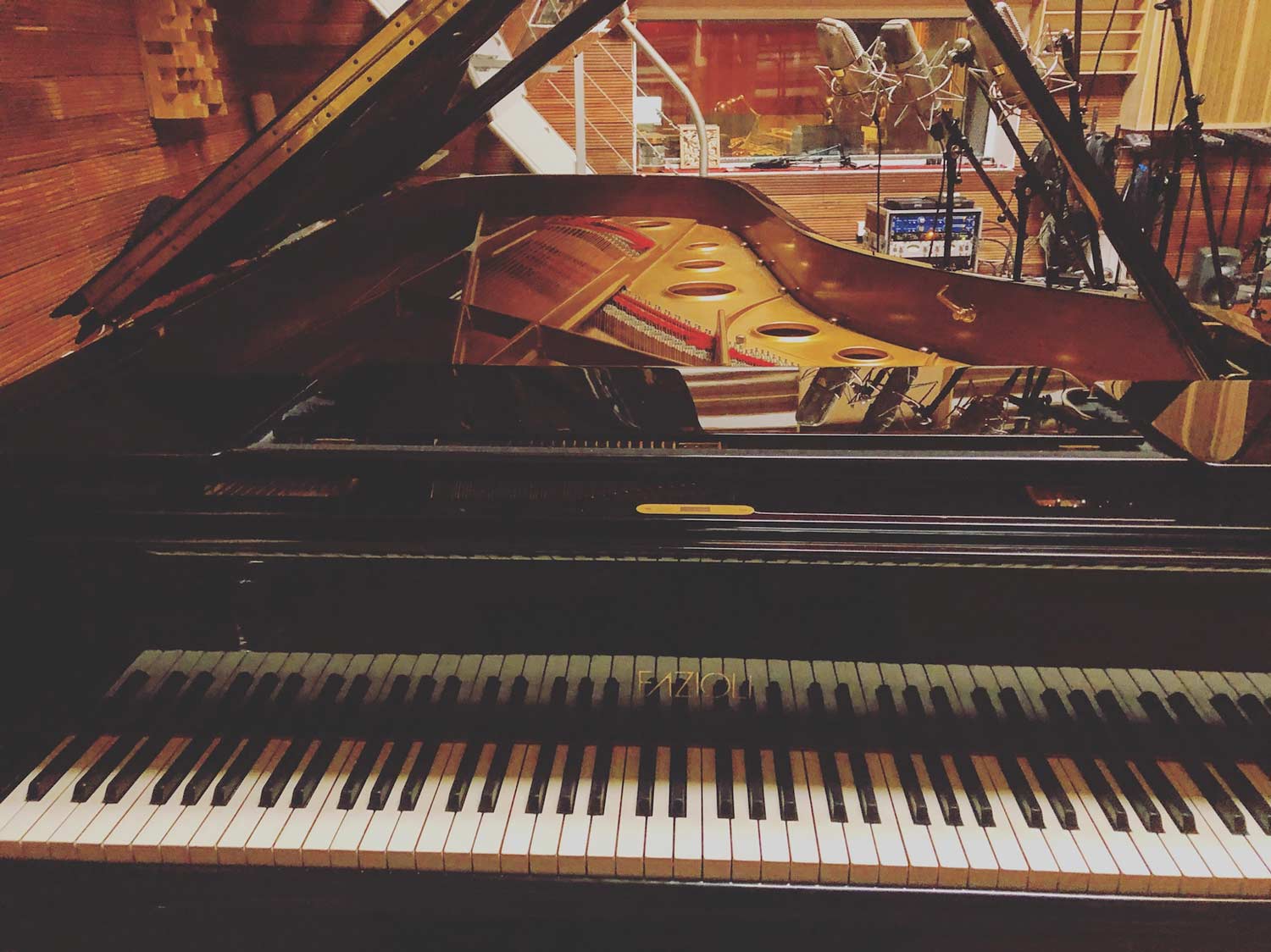 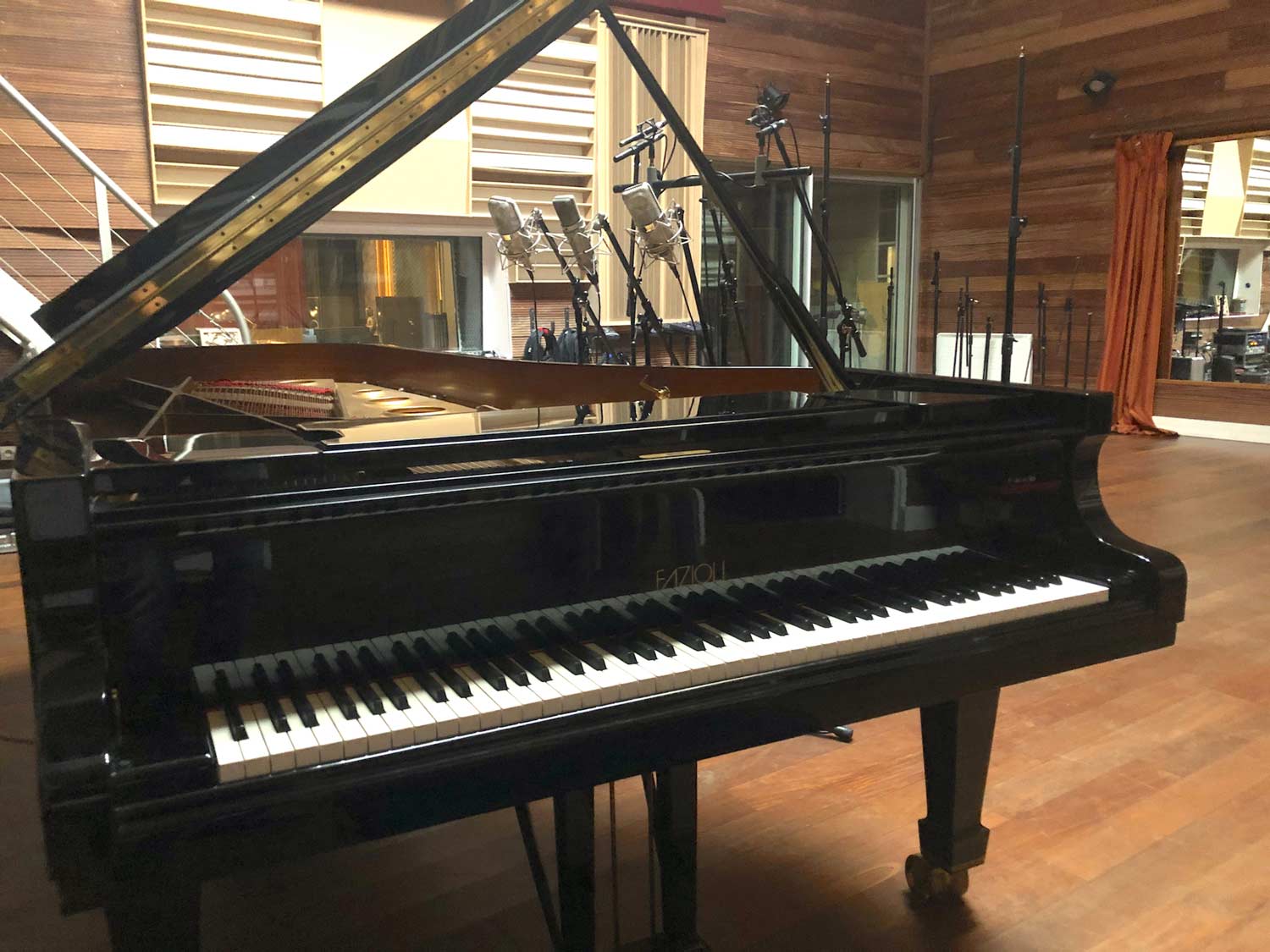 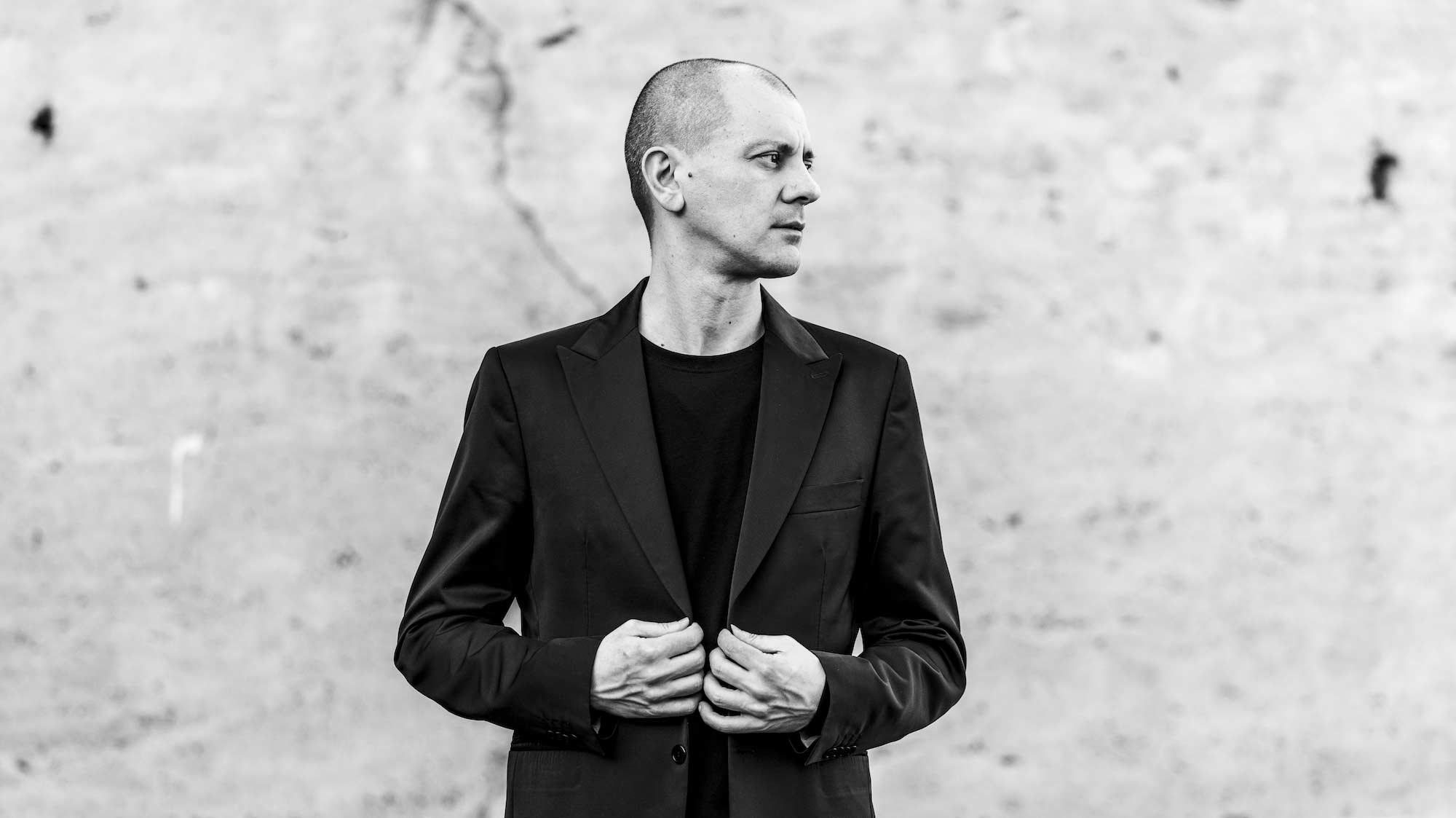